FIRST Robotics Competition Team 6004 f(x) Robotics entered their second year with a significant growth in team members, more than doubling the original team. Because so many of the original members had graduated in the spring, less than five of the now twenty-five member team in the fall of 2016 were veteran teammates. The veteran members included high school junior and second team captain, Josh B. With the large influx of freshmen, Steamworks marked the beginning of several seasons with significant team growth and change. The 2017 season brought about the team’s first district competition win, the first annual session of summer camps, and the creation of the first, FIRST Lego League team in the county. 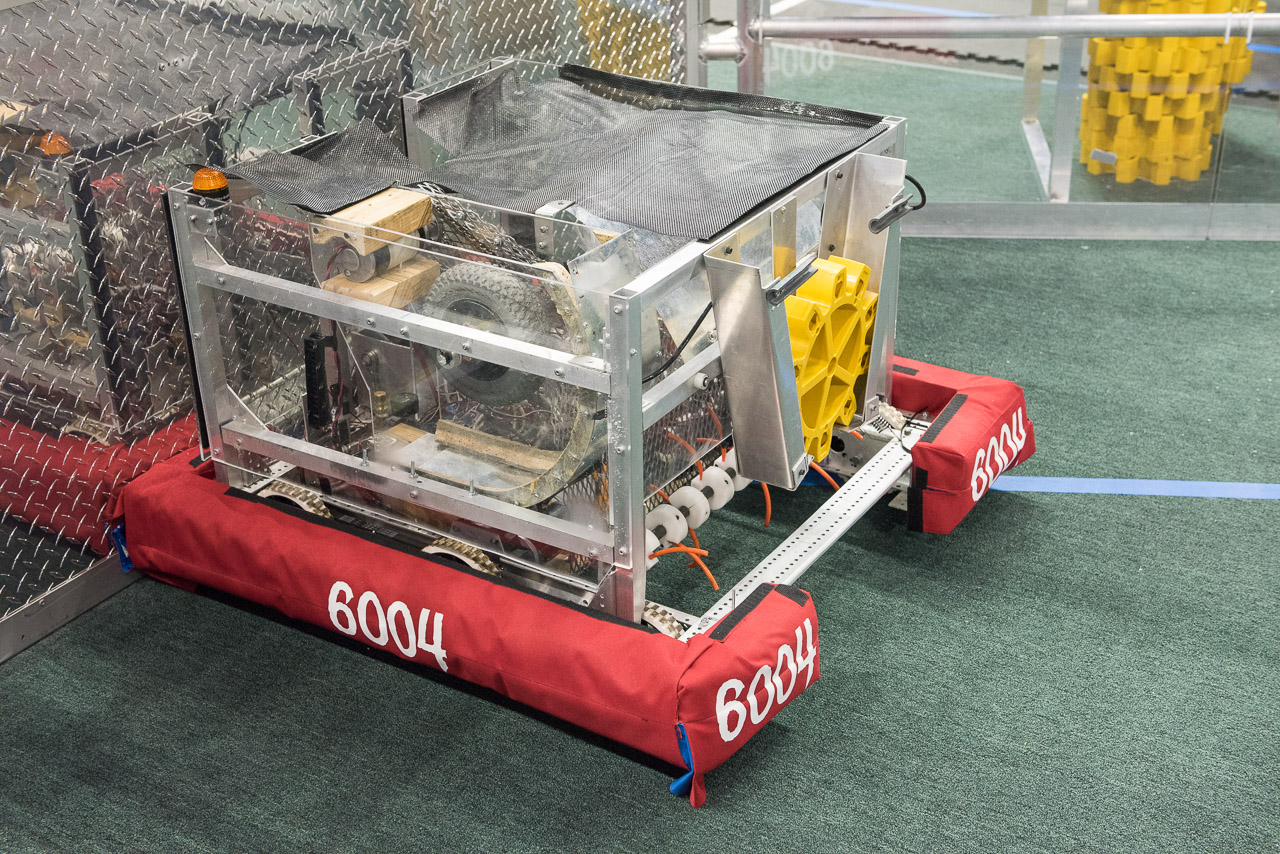 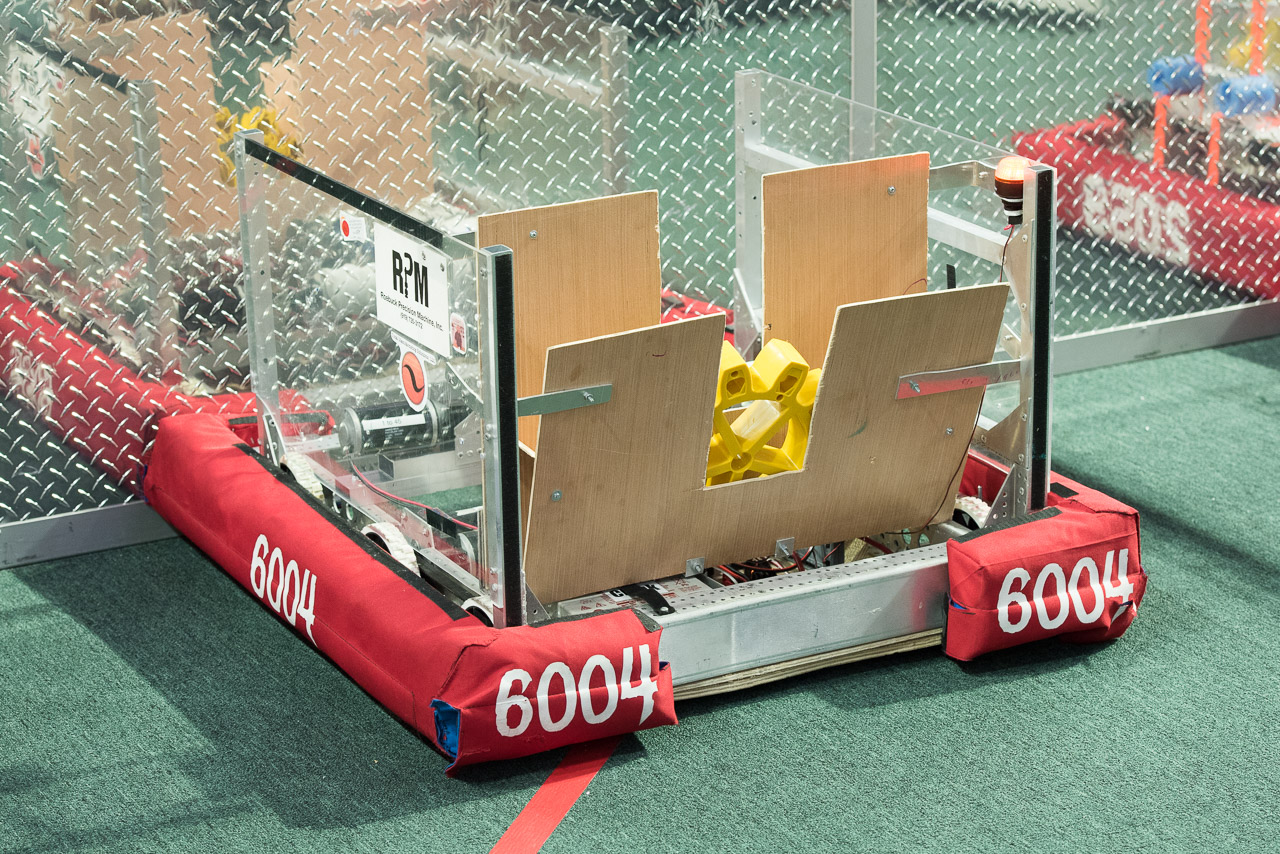 With so many new team members, the team had several conversations surrounding the team name f(x) Robotics. While the name itself had become memorable amongst fellow FRC teams, the team’s brand lacked any independence from its host high school. Leading up to competition, the team decided to stay with the Phoenix mascot as they competed with their new robot, Fawkes 2.0. However, the team decided to branch away from school colors and wore orange and gray at competitions, alongside some Steampunk outfits of course!

The 2017 competition Steamworks marked the first and only game where students competed on the actual competition field alongside robots from airships. Robot alliances were tasked with providing gears to their airship for human players to turn rotors, and filling up their alliance airship with fuel for take off. While fuel was shot into the boiler located in the corner of the field, gears were delivered by robots to the base of the airship for their human players to retrieve and use for take off. The two human players positioned in the airship were additionally tasked with deploying ropes for each alliance robot to climb in the last 30 seconds of the match.

Fawkes 2.0 was designed with two mechanisms for gear delivery and climbing. In fact, Fawkes 2.0 served as the first robot of many that f(x) Robotics would build with climbing capability. Though a mechanism to score fuel was developed, it was never fully integrated into the robot and was ultimately removed during the team’s first district competition. While Fawkes 2.0 was always equipped to receive gears from the human player station located on the opposite side of the field, the first mechanism was designed with a pneumatic piston to actively release the gear once placed at the airship. Due to mechanism complications, the team opted to replace the mechanism with a passive, larger option for ease of receiving gears from the human player station across the field. Additionally, the robot was equipped with a ratchet-controlled spool to attach by velcro to a custom rope that was positioned on the field before gameplay began. The ratchet kept the spool from spinning backward due to the weight of the robot, allowing the robot to climb upward and score. After the match, the drive team had to work together to lift the robot while reversing the direction of the ratchet to release the spooled rope.

While the team had a rough start in Asheville, f(x) recovered to win at their second district competition in Raleigh alongside alliance captain Team 2642 Pitt Pirates and Team 5190 Green Hope Falcons. The district win allowed the team to pursue a second consecutive opportunity to compete at the State Championship at Campbell University. Though the team did not win any awards at the State level, the team came incredibly close to qualifying for the World Championship hosted in Houston. 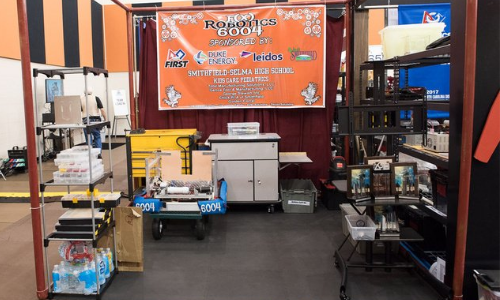 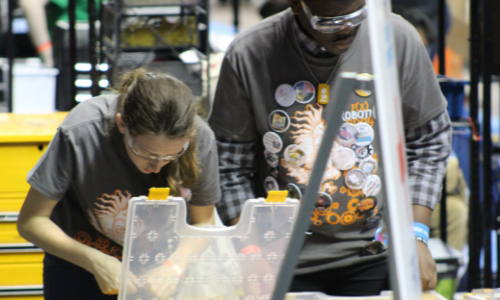 Kaylee and Will in the Pit at UNC Asheville 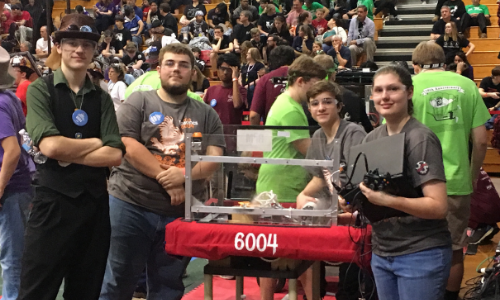 Craigan, Josh, Colby, and Leigh before a match in Raleigh 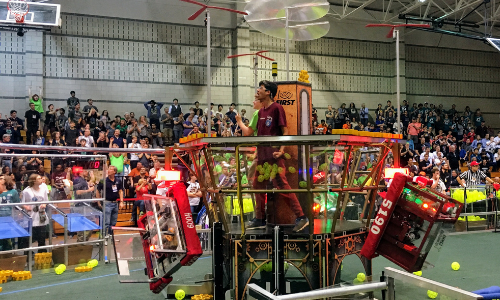 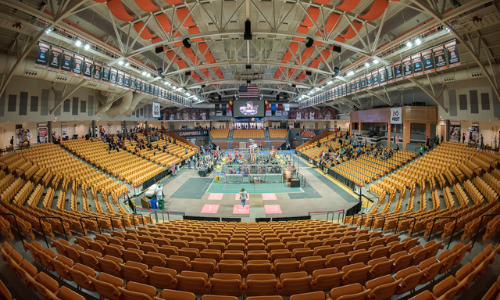 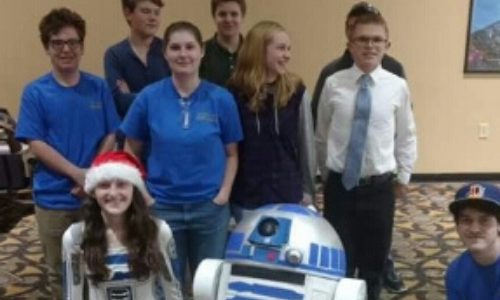 Team 6004 at Smithfield Cinemas for Rogue One

The team returned to Smithfield Cinemas with an udpated R2-D2 during the premiere of Star Wars: Rogue One to greet incoming Star Wars fans. On this occasion, f(x) learned two very important lessons as R2-D2 interacted with the community. Firstly, young kids will fearlessly approach and hug a moving droid without hesitation, watch out drivers! Secondly, battery replacements should be done out of view, as the required droid decapitation is quite startling for the younger audience. With these lessons in mind, the team successful engaged the community about the fun of STEM.

The team later spoke with the local community once again at the Ham and Yam Festival in May. In addition to robot demonstrations, the team explained to community members how important their new summer camps were in encouraging STEM interest in younger students. Team 6004 began offering weeklong summer camps to middle school students in July to teach EV3 Mindstorms, used in FIRST Lego League, and to teach Python. The EV3 camps taught students about basic motor operation, mechanisms, and sensor use for robot navigation. The week ended with one of the team’s favorite in-house competitions, sumo bots! 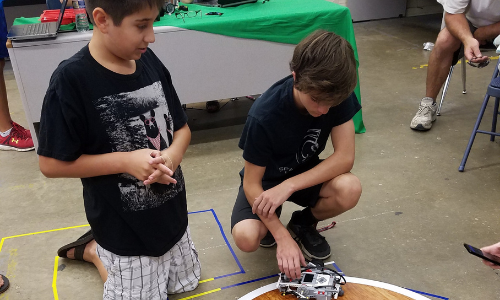 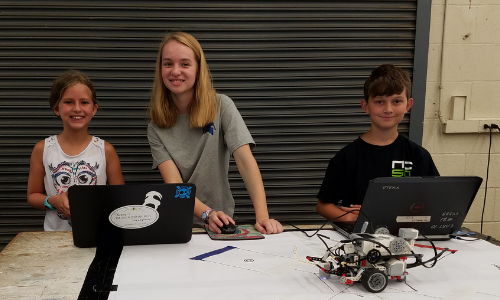 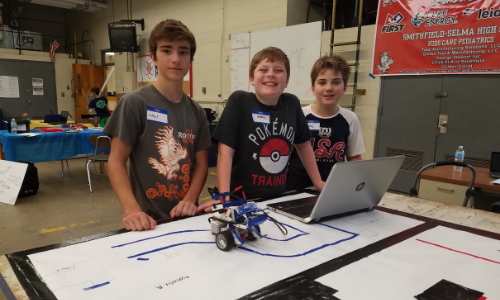 Team 6004 f(x) Robotics completed their second year with a district competition win, a second-trip to the state championship, and two successful weeks of summer camps to teach middle school students. After this first round of summer camps, Team 6004 would continue to expand summer camps for all students in K-12 over the course of the new few years.

After the team had reached states for the first two years, the team was eager to return to compete at the state-level and sought to compete at worlds competition in Houston. Team member growth between the 2017 and 2018 seasons remained stationary, as the team continued to be supported by several of the same members. Fawkes 2.0 competed for the very last time on the Steamworks field at the THOR event hosted at UNC Pembroke.